Opening the door to super that’s ‘safe as houses’

There isn’t a one-size-fits-all solution to funding retirement but investing in bricks and mortar is increasingly being favoured by Australians.

Residential investment loans have been on a growth trajectory since early 2013. About 42 per cent of all new home loans written Victoria are investor loans, according to the Australian Bureau of Statistics, and the level of investor lending is even higher in NSW.

Property investors tend to be between 35 and 50, and they view property ownership as superannuation.

Once you have stopped working, your retirement income is less exposed to the ups and downs of the share market if you are generating rents and capital growth from properties, whether they’re held in a self-managed superannuation fund (SMSF) or are independently owned.

Do-it-yourself super is one of the fastest-growing segments of superannuation. Industry studies indicate $14 billion in superannuation is transferred out of externally managed super funds each year and put into new or existing self-managed funds.

If you intend to hold property in an SMSF, you’ll need high quality advice.

This applies not only to the way you structure and administer an SMSF but also to what sort of bricks and mortar is best to invest in.

Melbourne-based buyer advocates Melissa Opie and David McRae say obtaining independent financial advice before you include property in an SMSF is crucial.

Ms Opie, who heads Keyhole Property Investments, says potential investors need to be wary of advice they may receive at real estate seminars pushing the benefits of holding direct property inside super funds. She says “spruikers” can recommend particular properties for purchase based on the commissions they receive, not the buyer’s best interest.

Mr McRae, of South Yarra-based McRae Property, says if an accountant or adviser recommends that you buy into a specific apartment development, you should run a mile.

He says some unethical advisers receive commissions from developers for persuading clients to put money into projects. They are then remunerated again by charging a fee to the client for finding the investment.

“I have properties in my super fund and I have done extremely well out of them,” Mr McRae says. “But you’ve got to know what you are doing and a lot of people who are including property in super do not know what they are doing.

“A lot of them are structuring them in entities that are not right. You have to have a bare trust. It’s got to be squeaky clean and spot on; otherwise the tax department will hit you for six.”

A bare trust is a legal entity that allows you to borrow within an SMSF while complying with government regulations covering super.

It’s easy to lose out financially if your SMSF borrows to buy a poor quality property.

Real estate agents and developers see a big upside in selling investment property to the estimated 1 million Australians who have SMSFs.

It’s little wonder that regulators, including the Australian Securities and Investment Commission, are devoting more time and energy to looking at the risks of the DIY super sector. ASIC has issued repeated warnings to DIY trustees to be wary of real estate spruikers.

It warns that connections between some estate agents and financial advisers are getting closer. Allowing borrowing within SMSFs, the interim report argues, has the potential to “erode the strength and create risks to the financial system”.

The top three reasons people set up SMSFs are: to have greater control over investments; to be able to choose specific assets to invest in; and to try to make better investment decisions than externally managed funds.

But another common reason, identified in ASIC research, for setting up an SMSF is the advice or influence of a third party.

ASIC stresses the importance of educating yourself about financial issues and working out what services you need before you meet a financial adviser. It advises people to learn about financial products and real estate investment before making decisions, and to visit ASIC’s moneysmart.gov.au website.

Queensland adviser Sam Staggers, of Positive Real Estate, says SMSF investors who are attracted to bricks and mortar should steer clear of accountants who do not own investment property.

“Such people often show a lack of knowledge or understanding of property’s ability to make you wealthy,” he says.

Ms Opie believes well-located art deco apartments are ideal inclusions in an SMSF. She says vintage flats are heavily sought but scarce and they don’t go out of fashion.

She says they also have owner-occupier appeal, which is imperative for investors who need to consider their exit strategy. “You have to look for blue-chip assets that attract the right type of tenant and maximise rental return,” she says.

The couple should aim to retain the asset for seven to 11 years and the property should be negatively geared against their income to reduce holding costs.

Making debt work for you

Melbourne financial strategist Mario Borg believes that by sensibly leveraging debt anyone can build their wealth. And he’s putting his money where his mouth is by including two geared residential properties in his self-managed superannuation fund (SMSF).

Last month, Mr Borg took out a loan to buy a one-bedroom unit in Prahran for his super fund. It joins a two-bedroom apartment in South Yarra, which is also leveraged and held in the fund. Mr Borg also owns other investment properties that are held outside super.

Since 2007, the trustees of self-managed super funds have been permitted by the federal government to borrow to fund the purchase of property held in SMSFs.

Mr Borg has been drawn to investing under this structure in part because when SMSF-held properties are sold they normally do not attract capital gains tax. He also likes the strict rules that apply when banks assess SMSF loan applications.

The banks, he says, don’t analyse you for debts apart from the super fund. “While I have a lot of other properties outside my super, they are not taken into account because the self-managed super fund is treated on its own merits based on the contributions you have made to it and the investment income that it has got coming through.”

If you or a relative live in a property purchased by your super fund this will breach the “sole purpose” test and make your fund non-compliant, which can lead to big fines. However, once a fund moves into the pension phase an owner may be able to move out the tenants and take up residence in an SMSF property while, at the same time, selling their principal home free of capital gains tax. You will need to investigate the pros and cons with your lawyer and accountant. 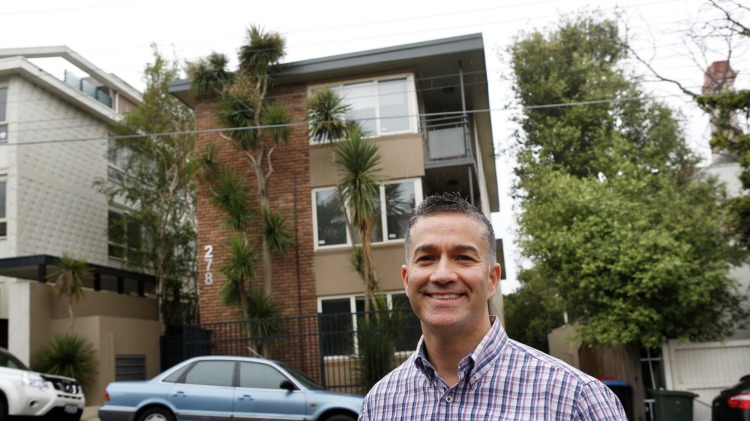