Ripples in the heartland of suburbia

The surge in high-rise apartment development in recent years hasn’t been confined to the city precincts – central business district, Docklands and Southbank – or inner-city hot spots, such as South Yarra and Richmond, but has rippled out across Melbourne’s suburban heartlands, particularly to the east and south-east.

The rise of new apartment projects in the suburbs has been fuelled by ready project financing for developers and a perceived lack of housing affordability, as well as state and local governments eager to create higher-density living around key suburban hubs to accommodate Melbourne’s burgeoning population.

For example, Box Hill, Doncaster and Ringwood to the east and Hampton, Cheltenham and Mordialloc to the south-east are some of the key areas that have experienced increased levels of infill development or have projects either on the drawing board or under construction. In fact, February’s RP Data-Rismark Home Value Index indicates that apartment approvals in Melbourne comprise almost 50 per cent of all approvals, higher than the national average of 40.4 per cent.

According to property advocate Melissa Opie, apartment projects account for significant portions of suburban construction activity, with 34 per cent and 43 per cent of construction being apartment developments in Box Hill and Dandenong respectively. ”The number of apartments under construction in Melbourne’s middle ring of suburbs is almost equal to the inner city and CBD,” she says.

Sales results have been mixed but Real Estate Institute of Victoria figures for 2012 show sound median price growth over the previous 12 months in suburbs such as Mentone (9.6 per cent), Mitcham (8.4 per cent) and Box Hill (7.9 per cent). Highett, Boronia, Essendon and Cheltenham also make the top 20.

In addition, the latest 2013 figures from Australian Property Monitors show the median price of an apartment in Brunswick East ($480,000) was higher than Melbourne’s median of $477,000, albeit based on substantially fewer sales. Hawthorn, at $472,500 fell just shy.

At the same time, RP Data shows a record-high median selling price differential between houses and units. In Melbourne, it is $103,250 – which may explain why units in some suburbs are reportedly taking fewer days on average to sell than houses.

The size of these developments can vary greatly. Most tend to be just a few storeys high, with between 20 and 50 apartments, and are aimed at a cross-section of buyers.

Agents say owner-occupiers form a large slice of the suburban apartment market. They can be downsizers – locals no longer needing their quarter-acre block or large residential home; upsizers – those in one or two-bedroom units looking for an extra bedroom; or first-home buyers. But there are investors in the mix, too.

”In the past couple of years, buyers have tended to be young couples, because of affordability, and downsizers, who are trying to stay in the area or have a larger property down the coast,” Hocking Stuart Hampton director Jenny Dwyer says. ”But we’re seeing investors starting to trickle back into the market.”

Ms Dwyer points to a pair of BPM Group projects under construction in Hampton – The Lido, a five-storey block with 57 one and two-bedroom apartments and two retail outlets; and the more boutique 33 Crisp St, which has 28 apartments over three levels, with options of a second bathroom and car space – as typical developments attracting broad interest from young couples, locals downsizing and investors. While many buyers hail locally, Ms Dwyer reports strong interest from out-of-market buyers who aspire to the more relaxed beach lifestyle.

Agency director Philip Webb says owner-occupiers dominate sales, whereas five years ago seven in every 10 buyers was an investor. His agency has sold apartments for five separate developments in the Doncaster area, which has experienced a recent spike in projects, and has another at 927-929 Doncaster Road coming up.

Philip Webb selling agent Tony Tuccitto says: ”The majority of buyers, about 80 per cent, have been local downsizers and first-home buyers from within a five[-kilometre] or six-kilometre radius.”

Motion Property’s Ariel Brukarz, on the other hand, sees more of an even split between predominantly local owner-occupiers, including first-home buyers, and investors. He singles out a 38-apartment boutique development in Chesterville Road, Cheltenham – with an even spread of one and two bedrooms and prices starting from $369,000 – and the 24-apartment Woodlands project under construction in Mordialloc.

”Prices have to be very competitive against the houses, townhouses and villas in the area,” Mr Brukarz says.

In Box Hill, the skew is towards investors. Fletchers director Tim Heavyside estimates 70 per cent of apartment sales are to investors, mainly from Asia, and China in particular. While more than one-third of the market is parents buying for their children studying in Australia, he says second and third-generation Chinese are buying apartments to stay in the area because Box Hill has become a ”choice suburb” for housing.

Richard Wakelin of Wakelin Property Advisory cautions investors, in the face of aggressive marketing and promises of rental guarantees, to be wary of ”limited capital growth prospects” and ”depressed prices” as more developments appear.

Ms Opie also favours the inner city as a preferred investment ”every day of the week”, while warning buyers generally to be wary of oversupply, inflated prices and overly generous incentives.

Agents, on the other hand, point to bigger floor space, lower body corporate fees, more parking options, a residential feel and better amenities as advantages to investors over inner Melbourne. For example, developments in Box Hill centre on the hospital while in Doncaster they cluster close to the four key shopping centres.

”Well-located, smaller, more boutique suburban projects stack up well against the CBD,” Mr Leoncelli says. ”Because of the higher percentage of owner-occupiers, resale and capital growth can be potentially stronger.”

Builders: Apartments comprise almost 50 per cent of all building approvals in Melbourne

Buyers: Owner-occupiers are outpacing investors in some areas.

Location: Eastern and southern suburbs are seeing a lot of development. 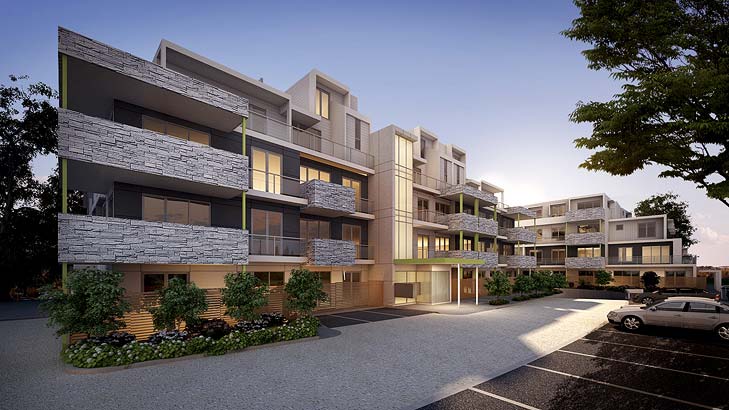